Long-time friends of Calvin Klein and newly-married couple, Hailey and Justin Bieber have appeared in the brand’s new CK50 campaign created as part of its milestone 50th anniversary. Joined by brand regulars, including Kendall Jenner, A$AP Rocky and Troye Sivan, the campaign reflects on memorable historical moments and themes which took place during Calvin Klein’s five-decade strong existence, as well as the rebellious spirit and tongue-in-cheek take that has long-shaped the brand. In conjunction with the celebratory campaign, the brand has also just dropped the CK50 collection which includes a special capsule of iconic styles featuring a limited CK50 logo. The capsule collection is now available for purchase in-store and online for a limited time. [Vogue inbox] 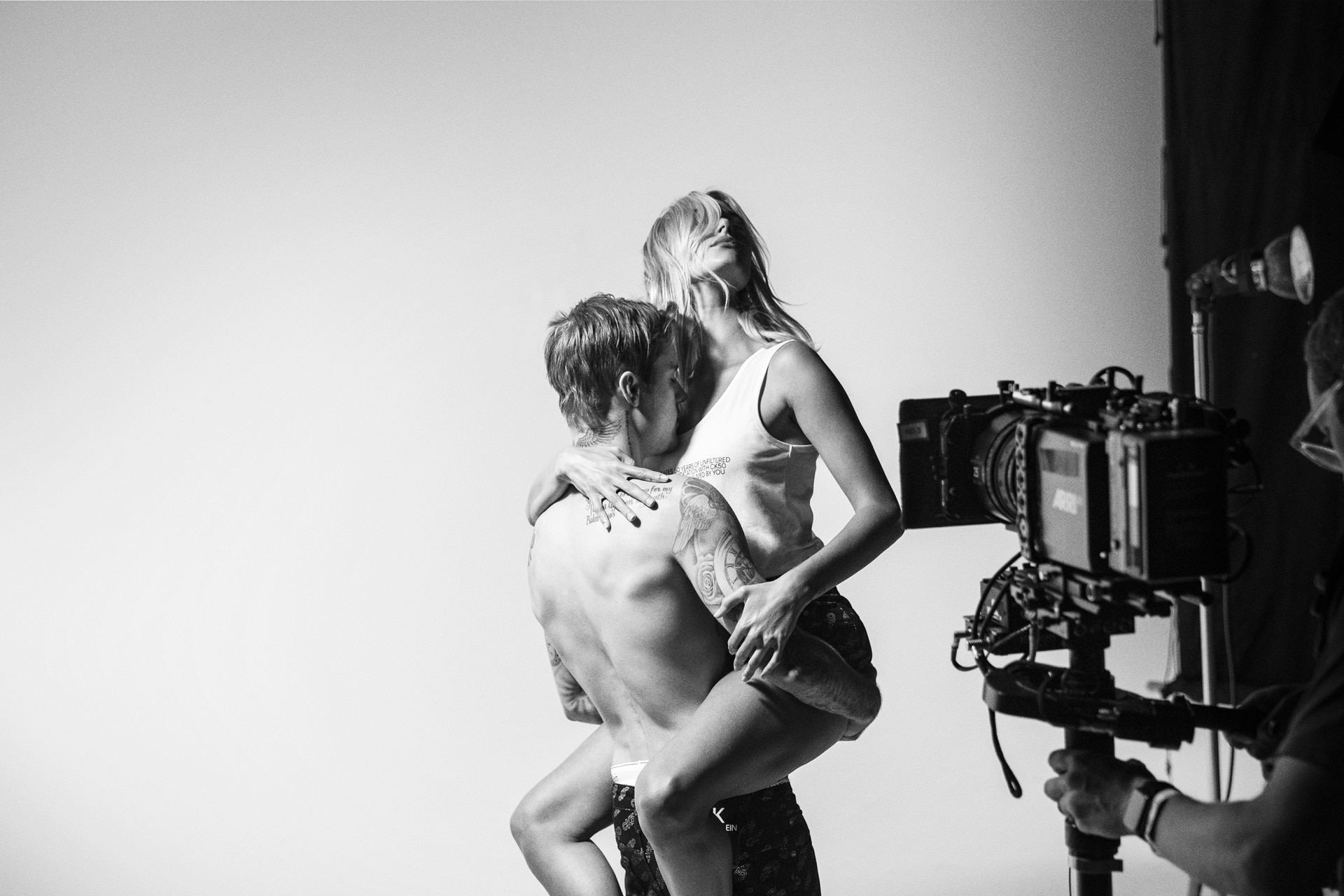 Shortly after touching down in Australia, Sarah Jessica Parker is heading to David Jones’s flagship Elizabeth Street store in Sydney to meet customers who have picked up a pair of shoes from her SJP Collection. From 5pm to 7pm on Sunday October 20, the actress and now-shoe designer will be signing shoes from her collection in the store’s designer shoes department which have been purchased either in-store or online from now until the signing day. [Vogue inbox]

As part of World Mental Health Day on October 10, global social movement and services provider Heart On My Sleeve (HOSM) launched its ‘Heart On My Sleeve pledge’. Angling the pledge as an ‘I’m not okay’ day, it encourages those to openly admit their uneasy feelings. Anyone who fit this criteria is encouraged to visit HOSM’s website and sign the pledge which states “I pledge to speaking up when I’m not ok”, and everyone who does so will get a free wristband to remind them every day they aren’t alone. [Vogue Inbox]

Entries for the 2020 Westpac Private Emerging Fashion Designer Award are officially open. Formerly known as the BT Emerging Fashion Designer Award, it aims to identify and showcase Australia’s most promising emerging fashion designers and provide financial support, advice and mentoring to aid the winner in pushing their emerging label to the next level. Notably, the award has now opened entries up to menswear designers, previously only open to womenswear and unisex designers. The entrants, who need apply prior to December 9, will be considered by an expert panel of industry judges, including our very own editor-in-chief, Edwina McCann, through the focuses of business acumen, design capabilities, and sustainable and ethical practices, after which three finalists will be announced in February 2020. [Vogue Inbox]

Puma are once again collaborating with fashion label Karl Lagerfeld to produce a performance wear collection which combines the former’s hailed sportswear heritage with the latter’s luxury edge. Including a number of apparel and accessory must-haves for both women and men, the new collection will feature Puma’s legendary formstrip in a new, and unique interpretation, with each design taking inspiration from the brand’s notable archival styles reimagined with Karl Lagerfeld’s modern aesthetic. [Vogue Inbox]

Travel brand Away has just launched its new collection of travel wares, dubbed The Expendables. Featuring a soft woven nylon shell in four clashing colourways—black, asphalt, navy and green—the newly-released line was designed to meet the needs of each and every traveller, by providing a durable and flexible model which contains a built-in zip that expands the bag up to 4.5cm while maintaining a refined and sleek look. The Expendables is now available online for purchase. [Vogue Inbox]

Australian Fashion brand Aje and French footwear brand Superga are set to launch a collaborative sneaker collection on November 6. Coming together to create a covetable capsule collection for your summer wardrobe, the three designs within the collection will be created in fresh crisp white and oatmeal tones, are finished with natural frayed edging and gold hardware. [Vogue Inbox]

Australia’s very first Yves Saint Laurent beauty pop-up has just launched in Sydney’s Queen Victoria Building. Your one-stop (pop-up) shop for all your make-up needs, the temporary store—which also includes a number of interactive opportunities within its mock gas station setting—will stock not only the brand’s newest and best-selling offerings, it will also house exclusive products, gift sets, lip kits and collector’s edition items. The YSL Beauty Station will be open from 9am to 6pm on weekdays (excludes late night closing on Thursdays at 9pm) until October 30, with all exclusives in-store also available on yslbeauty.com.au. [Vogue Inbox]

Kickstaring the collaborative process with Reebok for the second time, Gigi Hadid has come together with the sportswear brand once again to release a brand new collection named ‘Wild is Wherever’. Combining the brand’s ‘90s heritage with Hadid’s own childhood memories within the same era including her long-held love for the outdoors, the line features new apparel and footwear silhouettes that harmoniously encompass each of those themes. [Vogue Inbox]

Paris-born brand, Fenty, has recently launched a digital flagship where customers can shop its designs online. Customers of the Rihanna-helmed brand will be able to browse special edition releases on Fenty’s site, which currently houses an assortment of ready-to-wear, fashion jewellery, accessories, and footwear that each reinterpret the concept of business attire, dubbed Take-up Space. And in great news for local customers, the site will be shipping to Australia. [Vogue Inbox]

On September 30, The Australian Fashion Council (AFC), with its key supporters The Woolmark Company and His Excellency Brendan Berne, Australian Ambassador to France, co-hosted an evening reception to celebrate Australian fashion, and its close connection with Merino wool, at Paris Fashion Week. Attended by our very own editor-in-chief and chairwoman of the AFC, Edwina McCann, the event presented an opportunity for industry, media, buyers and influencers to see the work of our strong and diverse local design talent, showcasing seven up-and-coming Australian fashion designers—Albus Lumen, Dion Lee, Ex Infinitas, Nagnata, Helen Kaminski, Jacinta James and Blair Archibald—who each presented a key look across a series of six sculptures. [Vogue Inbox]

5 Ways to Find Peace in the Present

Jenny Slate has a new movie out this summer—but she’d rather talk about defunding...