The duchess wore the headband to the Festival of Remembrance.

Over the weekend, the Duchess of Cambridge stepped out, along with a number of the royal family members—including her husband, Prince William, The Queen, Prince Harry, and Meghan Markle—for a series of Remembrance Day events ahead of the official date of November 11, when those who died on duty in the First World War are remembered.

The duchess’s wardrobe is always carefully considered and for the Festival of Remembrance held at the Royal Albert Hall on Saturday evening, an event which Town & Country reports featured musical performances from celebrities like Jeff Goldblum and James Blunt, Middleton’s ensemble was true to thoughtful form but with an affordable, on-trend, high street twist.

For the annual event—which the Royal British Legion website reports this year marked the 75th anniversary of the battles of 1944 and “the friendship of the British, Commonwealth and Allied armies who fought them,” along with the 100th anniversary of the GCHQ (a British intelligence and security organisation)—the duchess opted for an elegant-yet-muted look of a navy boat-neck long-sleeved midi dress paired with black tights and Jimmy Choo black velvet heels, as identified by What Kate Wore. For her accessories, the duchess wore a brooch featuring a trio of poppies—the symbol of remembrance—along with diamond and pearl earrings and notably, a black padded jewelled headband, which has been identified as a UK£17.99 (approximately AU$34) accessory from high street label, Zara. 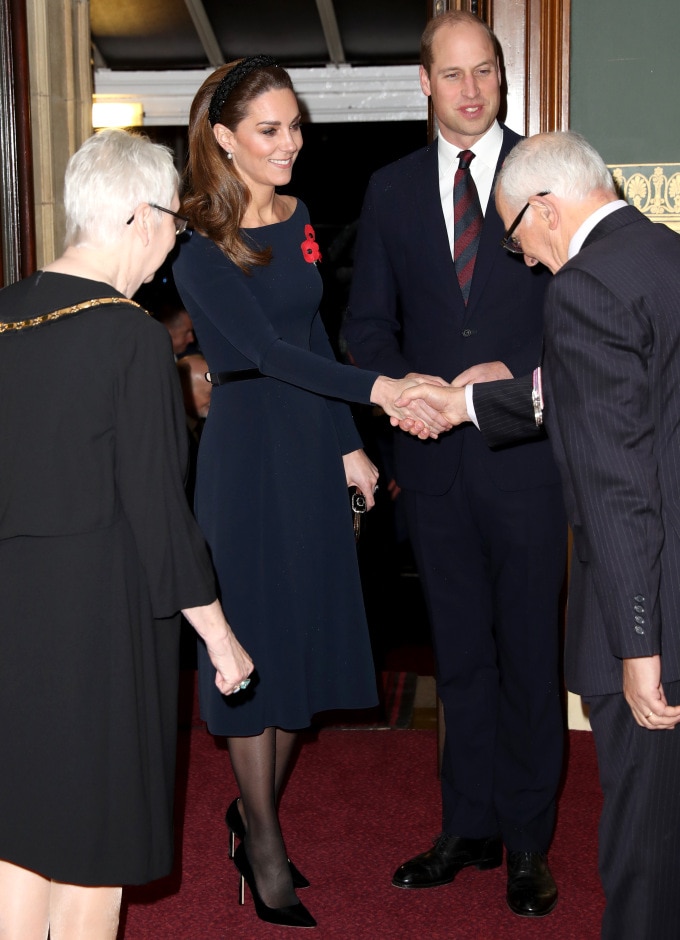 The Duchess of Cambridge and Prince William attend the annual Festival of Remembrance at the Royal Albert Hall on November 09, 2019 in London, England. Image credit: Getty Images

Hair accessories, particularly headbands, have been the must-have accessory of 2019, spotted on the runways (think: Prada’s iconic take in their spring/summer 2019 collection) and on the head of celebrities and street style stars the globe over. Middleton—whose style is endlessly copied and coveted—has taken the accessory of the season and given it a royal seal of approval, and an affordable one at that.

The duchess’s glossy brunette locks were held perfectly in place by the Zara headband, and when paired with the black and navy palette of her outfit, respectfully let the poppy brooch shine.

The duchess and her sister-in-law, Meghan Markle, then stepped out on Sunday morning for the Remembrance Day Sunday ceremony at The Cenotaph in London, wearing matching black looks. Middleton wore a military-style coat dress reportedly from Alexander McQueen (the same design house behind her wedding dress) with a matching black hat and an intricate hairstyle. The duchess wore another brooch featuring a poppy, What Kate Wore notes this piece is the “Codebreakers Brooch from the Royal British Legion”. Markle too wore black, opting for a belted black coat WWD reports is from Stella McCartney, who also featured in Markle’s wedding wardrobe, as the designer of her reception dress. 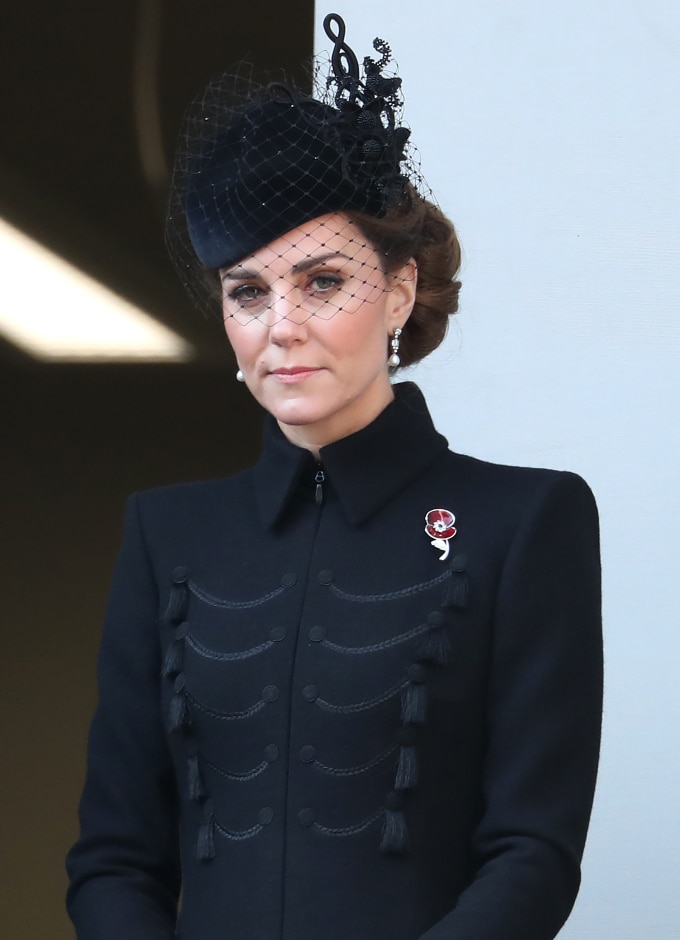 Interestingly, both Alexander McQueen and Stella McCartney are British labels and played important fashion roles in their respective wearers weddings, a point that seems respectful on a day that commemorates the British armed forces.

3 Coordinating Outfit Ideas for Couples, Styled by Me and Joe

The cat-eye sunglasses you need for summer and beyond

Your HelloGiggles horoscope, April 28th to May 4th: We’re finally stepping into some new...